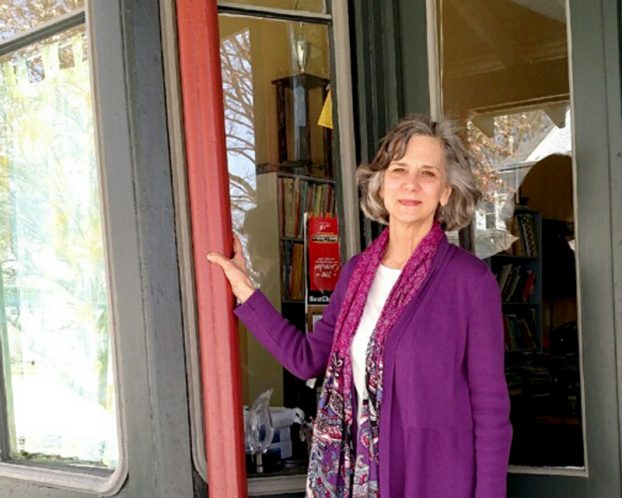 Among the many words used to describe volunteers, perhaps the one that rises to the top of the list is “relentless” – a relentlessness for wanting to help individuals, groups or organizations without any pay other than the good feeling of giving.

Margaret Townsley, affectionately known as “The Maintenance Lady,” captures that relentless spirit in her work at The Kings Center, located in a restored building that was once a grocery store in South Frankfort. From the website, here’s the Kings Center’s mission statement:

“The Kings Center is a faith-based, non-profit community center located in Frankfort, Kentucky at 202 E. Third Street. It has been serving the Frankfort/Franklin County community for more than 20 years, and offers quality structured programming year-round for young people, first grade through high school.

“Incorporated for the purpose of creating opportunities and hope for children and their families, the Center is named for three ‘Kings’ important in the lives of our participants: Martin Luther King, Jr.; Peggy King, a community and environmental advocate; and Jesus Christ, the King.

“The Kings Center is governed by Faith United, Inc., a board of individuals representing many facets of life in Frankfort/Franklin County. Board members serve voluntarily and provide oversight and support for the Center and its activities.”

Townsley, who lives with her husband, Ernie, on Marshall Court, has been on the center’s board since 2011, having retired after a 20-year career at Kentucky Educational Television.

“With retirement looming,” she said, “I was looking for a way to get more involved in the community here. I saw a special on The Kings Center that aired on KET and became involved.”

Sheila Mason Burton has been chairing the board since the center opened.

Townsley got her title as “the maintenance lady” from someone who asked her if that was her job at the center. While touring the facility, she points out rooms that have been painted, doors replaced, carpentry work completed – and in most, if not all, since coming on the board, she’s been involved.

“The neat thing about volunteering is the number of people who pitch in,” she said. “My husband says I have ‘helium hands’ that whenever a project is mentioned, my hand is the first to go up to volunteer!”

Pat Bacon and her husband, the late Randy Bacon, purchased the deteriorating building, restored it and gave it to the community in 1996. Their daughter, Beth Shera, is the executive director, and Pat serves on the 12-member board.

“This is such a wonderful group to work with,” Townsley said. “Everyone contributes different things and we all work together. It’s very hands-on. It’s one of the neat things about volunteering – how many people work together for a cause.”

Townsley cited generous support from individuals, churches and the community at large for making The Kings Center such an ongoing success.

She was part of the effort a few years ago to write a grant that resulted in the center’s receiving a grant to help restore and paint the building’s exterior.

“We got 40 percent of the cost from the grant, and the rest came from churches and individuals.

And if “the maintenance lady” can’t do it herself, she works to find someone who can.

Living in a small town

Townsley, from Charlotte, North Carolina, came to Frankfort by way of Charleston, South Carolina; Atlanta; and California. She worked for an ad agency that was responsible for promoting the first Star Wars movie.

She moved to Frankfort so that her children from a previous marriage, Sarah and Brendan, could grow up in a small town.

“Both are graduates of Frankfort High School and still support the school,” she said. She was a substitute teacher at FHS and said Frankfort Independent Schools personnel have been very supportive of The Kings Center in a variety of ways.

She and Ernie, whom she met while walking her dog with his daughter Rachel, have been married for 10 years. He is the director of the National Association of Public Defense, having retired after many years as the public advocate for Kentucky.

“Frankfort is such a great place,” she said, “so many kind, caring and giving people.”

The Kings Center is a non-profit (501(c)(3) agency that depends on the generous support of people, organizations, churches, and businesses in the Frankfort/Franklin County community.